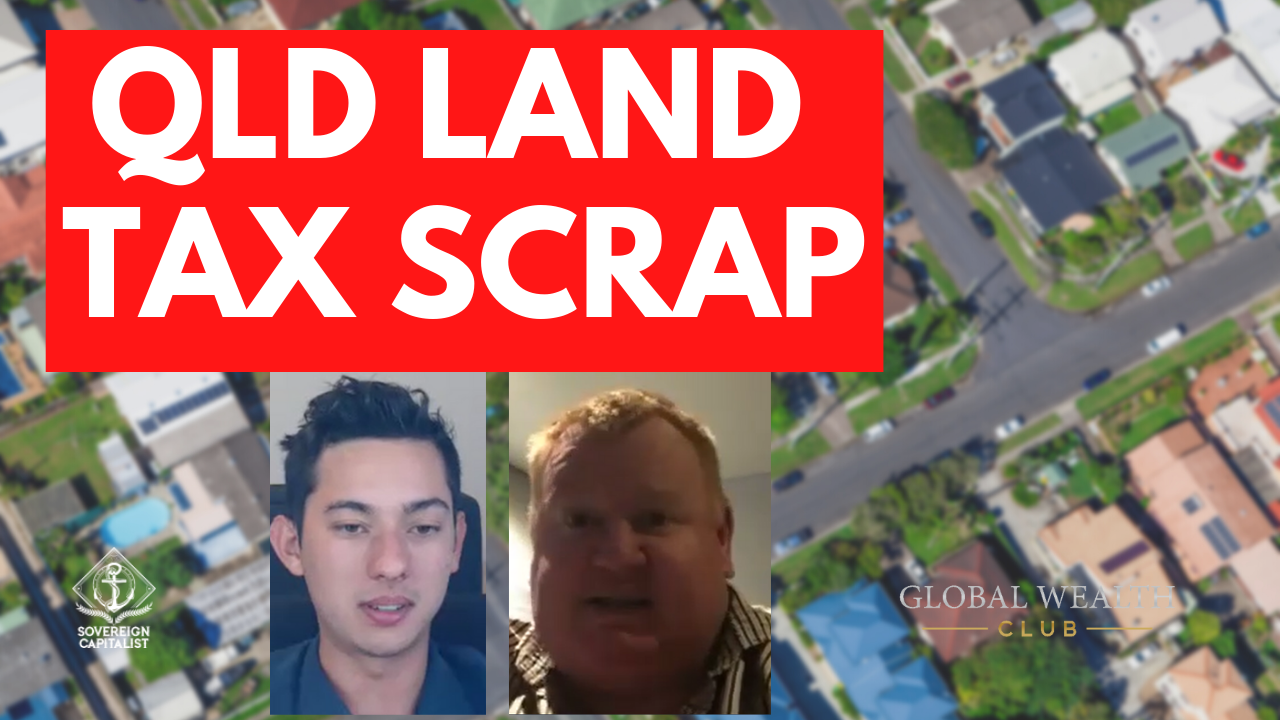 So you think it will actually come through if they, like, in multiple states?

Yeah, I think you’ll find multiple states will do it, because I will go, Holy shit, this is a great way. So imagine if you had property in three states, your land tax will go through the roof, because you’ll be paying land tax not just in one state, but in all states, on all states.

So basically, you’ll be paying nine. If you have property in three states, you’ll be basically paying land tax nine times on that same property.

Well, moving on to our next topic, a few weeks ago, we talked about that new Queensland land tax law that was coming up and was proposed, but apparently it’s now being reversed.

So what does that mean for property owners? Is it a relief or is it something that now you can expect more to see stuff like that happening?

Yeah. So at the last National Cabinet meeting, Annastacia Palaszczuk took her little thing to the Treasurer’s meeting that was held prior and basically all the treasurers said, oh, yeah, this could be a good idea.

So Queensland is in a really interesting spot at the moment, because this legislation is now law, but no one that is needed to make it work is actually going to cooperate.

So instead of scrapping the legislation, and Parliament’s got to sit for that, and I don’t think Parliament’s sitting at the moment, I don’t think it sits until the next week or the week after. So I’d be interested to see what happens.

But my gut feel is that they will amend the legislation to put the onus on the person who has property, to declare that they have property in other states and this is the value. And then they’ll make it a criminal offence to lie to government.

Once again, this is two things, and it goes into the office debacle that we’ve got at the moment is one, they’re gathering more data and they can’t store it and protect it.

Two, they’re basically making everyone a criminal straightaway, because the onus is then on you to prove that what you have submitted is correct, which means that they’ll increase the bureaucracy to check everyone’s land tax returns and so on and so forth. So watch this space.

But it’s going to be an interesting ride. At the moment, it’s pretty much dead in the water, but they’ll come up with some way because they’re bright. They need every ounce of revenue that they can get.

Do you think it will just be Queensland doing other or do you think other states will follow?

No, what I think will happen is Annastasia or go to our other labour state mates, especially Emperor Dan in Victoria, and try and get one or two of them on side and then basically use the Federation to have to make it a federal, what is it, a federal responsibility for all states to cooperate under. I forget what section of the Constitution. I reckon they’ll work out a way that’ll happen.

So you think it will actually come through if they like, in multiple states?

Yeah, I think you’ll find multiple states will do it because they’ll all go, holy shit, this is a great way.

Yeah, it just shows us signs that a lot of people have been talking about, more specifically, wealth experts and signs leading up to the great reset. They’re just probably just start but they’re going to squeeze tax value in any way they can in revenue from you.

So that’s my advice to everyone is improve your station. Basically get ready for the changes that’s coming.

It’s good advice because that’s why we enjoy doing what we do at GWC, because we can educate on it, because education is the most important step in beginning that journey. As you said.

Knowledge is power. One of my mentors always say to me, knowledge is power. The more knowledge you have, the more power you have. It’s been true to everyone today. And this is why the education system is dumbing students down to reduce the amount of knowledge they have.

If you have a look at the education system, it’s about pass this test without using any resources or knowing people and all that sort of stuff, when the real world is well, if you don’t know it, find someone who does know it and leverage them. Right.

You have to do this. You can’t use any resources or anything to find out the correct knowledge.

So we’re just going to feed your bullshit when the real world works on who you know, not what you know. And so that’s where knowledge is a great thing, as long as you know where to get it.

Yeah, definitely. And then following on from that knowledge is good to have and it is one of the most important things. And the next step is action, as you would know, Steven, a lot of people like, how many people do you make that attend all the right seminars, read the right books, but then don’t action any of it and just don’t make any changes in their lives because they don’t action their knowledge?

99 out of 100. I used to love going to seminars and stuff, and a lot of the time I just don’t have time now. But I used to go to a lot of seminars and I’ve just got one point that I could action out of it and it was fantastic. And then you just go and action it.

But the problem I found is that a lot of people at the seminars were seminar junkies, is that they were more addicted to being in a room full of people that were happy clapping along, but none of them were actually there to seek information.

They were just there to seek validation from everyone else in the room. That’s part of the reason I’ve dropped out of that scene. But there are certain people I still follow because they’re really good at finding information and especially on business topics and stuff like that.

People like Dan Kennedy and Ty Lopez. And what’s the other guy? There’s another guy in the States, Ben Mallor. And these guys do it, but they’re great at putting a lot of the information out there.

That’s why I like sitting on planes a lot is because I get to read a lot of the newsletters and crap. Because if I find one bit of information that can save me a month’s worth of work, it’s just fantastic because I can leverage all the research and crap they’ve done to advance myself by a month. How good is that?

And for free or very little money. So that’s the thing that I like about a lot of these guys that promote seminars. Half the shit that they put out is crap. But normally you can find one or two golden nuggets. And as you said, you just got to action it and do it.

If you’re just going to sit in one validation all day, every day. You’re never going to go anywhere. I’d rather be so this is another thing that Albert a good mentor of mine, and he’s currently a chairman of a couple of my companies, is that it’s better to action something and fail than never to action at all. Right?

So we do a lot in a lot of our businesses by just doing stuff because we might not be 100% wrong, but we might be 20% right or we might be 30% right. And because we do it so fast and over and over again, being 20% right on four or five times, all of a sudden you’re 80 to 100% moving in the right direction.

But if you sit there and try to find that perfect answer, it’s never going to happen. So you actually end up going backwards rather than just failing forward, basically.

Well, yeah, exactly. And Tim Graven, his new book, Winning the guy wrote relentless. He was the mentor of Michael Jordan, Kobe Bryant, Dwayne Wade, people like that.

All of this stuff that we talk about, whether you want to be sovereign and you want to protect yourself in the future, it’s all a mindset thing. It’s basically taking everything that’s in here, grabbing it out, chucking it in the bin and filling it up with something new.

When I first joined the Navy, I was in the Navy sailing squad at HMAS Berrima, and one of the guys that taught me to sail had a thing called the 90 degree, and it was fantastic.

And I still use it to this day. It basically means if you’re following along and basically all you’re doing is following and not advancing or getting anywhere, say you’re in a match race and you do whatever the leader does and you follow them, but you’re not overtaking them or getting any closer, just go 90 degrees.

One, your view is not hindered and you’re not focused on the one thing in front of you, but two, then everyone around you starts going, why is he going that way? What does he know that I don’t know? Why is he doing that? And then they start second guessing themselves, and then all of a sudden they start following you.

And then you can regather your foot thoughts, and then the pressure comes off you to try to get ahead, and the pressure goes on everyone else around you

You and I’ve used it in business quite a few times when we’ve been going down the same path. We’re quite stuck. We’ve just gone, let’s do a 90 degree pivot, get into clean air, getting to clean mind, and just go, oh, wow. Okay. The picture is now clearer.

Well, yeah, it’s a really good tip. It reminds me a bit of I don’t know if you’ve seen the movie Dead Poets Society, the one with Robin Williams. It reminds me of when he gets all the kids to stand up on their desk and to do it was to look at it from a different angle.

Yeah. And that’s what it’s about. It’s about looking at things from a different perspective and getting out there and creating some sort of action. Anything is better than just sitting there watching the TV or, you know, keep reading everyone else’s notes. 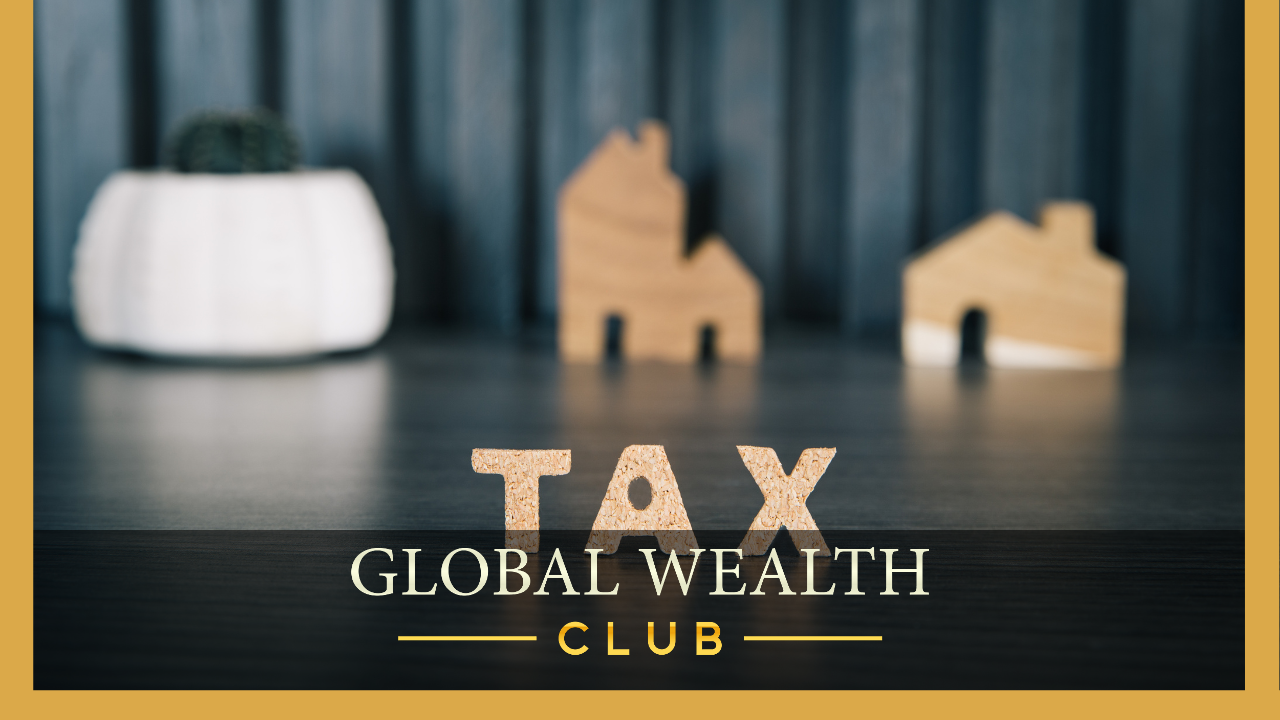 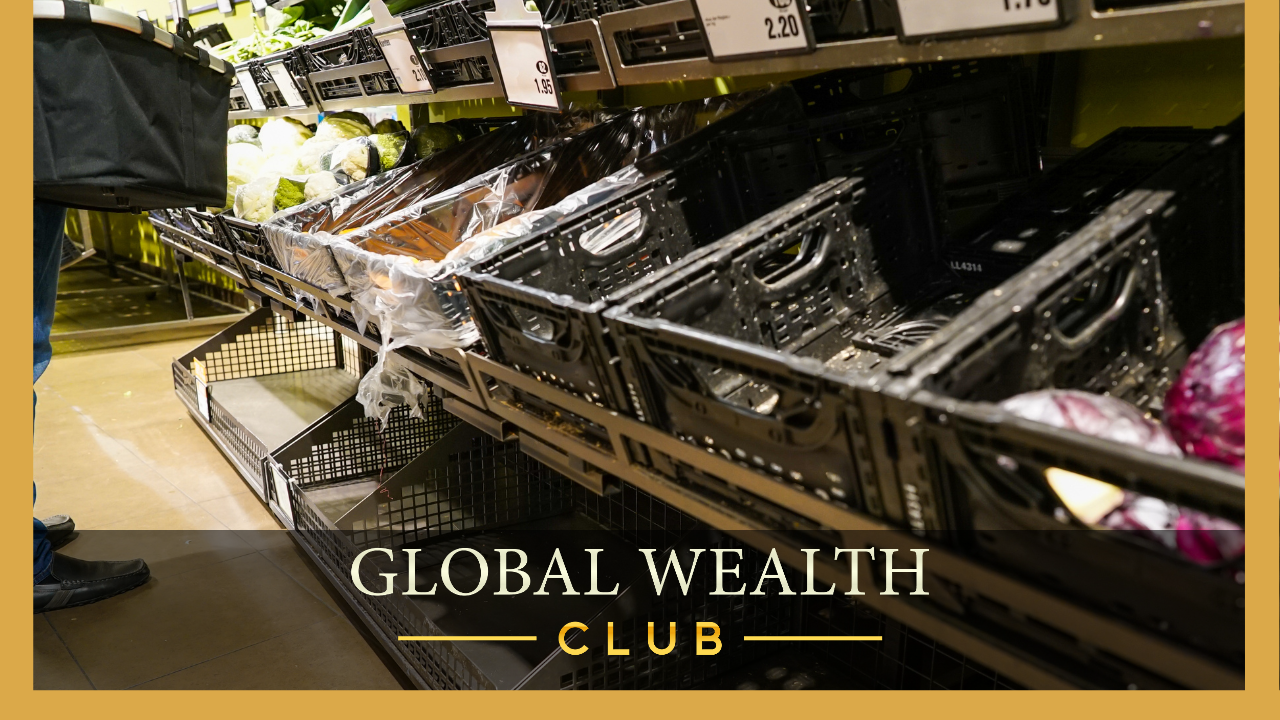